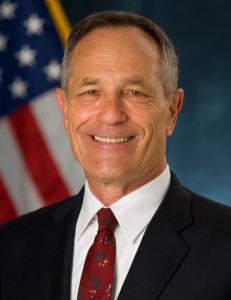 Customs and Border Protection Commissioner Alan Bersin last Thursday announced his resignation effective December 30. For folks who monitor border trade and security issues, this wasn’t exactly a surprise. But it was still a disappointment.

In March 2010, President Obama appointed Mr. Bersin CBP commissioner through a recess appointment (when Congress was out of session). This was a case of the president having grown tired of the Senate Finance Committee’s failure to do its job and act on the president’s formal nomination of Mr. Bersin to lead an agency that is critical to the country’s security and economic health.

Senate Finance Committee Chairman Max Baucus convened his committee in May 2010 to consider the Bersin nomination. Unfortunately, very little of the hearing focused on Mr. Bersin’s qualifications and the pressing need to confirm the president’s nomination for an agency that, as Sen. Baucus said in his opening remarks, “is the face of America.”

Instead, the hearing was distracted by issues having to do with the employment eligibility of Mr. Bersin’s domestic help. There was no discussion of how CBP is engaging the rest of the world, what the agency is doing to boost trade or what innovative strategies might be employed to strengthen border security. Following the committee’s discussion of Mr. Bersin’s hiring practices, it adjourned without acting on the nomination.

And so Mr. Bersin continued in his position without Senate confirmation. But he didn’t let the lack of confirmation impede his progress in leading CBP. He led his agency with a steadfast commitment to facilitating legitimate trade and travel while keeping our country safe from outside threats. Mr. Bersin should feel very proud of his accomplishments at CBP, including his unprecedented engagement of the private sector.

While I’m disappointed that Mr. Bersin didn’t get a chance to continue as commissioner, it would not be accurate to say that the trade community is saddled with a consolation prize. It’s just the opposite. 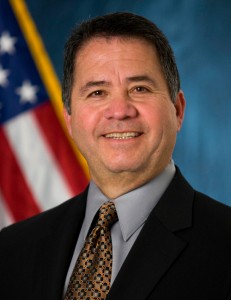 Homeland Security Secretary Janet Napolitano made the right choice in naming deputy commissioner David Aguilar as the new acting commissioner and Tom Winkowski, who currently heads CBP’s field operations, as the acting deputy commissioner. I’ve found both gentlemen to be extremely willing to work with the trade community to develop creative ways to facilitate the passage of legitimate trade and travel while enhancing border security.

Mr. Aguilar knows border security. As the former chief of the Border Patrol, he is clearly aware of the challenges facing the vast areas between our ports of entry. But I’ve been impressed by his desire to fully understand how vital trade is to our nation’s economy and how critically important well-staffed and equipped ports of entry are to trade and travel facilitation and in the interdiction of drugs and other contraband.

There’s something wrong with a process that allows a presidential appointee tapped to lead an agency as critical as CBP to twist in the wind while the Senate dickers. That presidential appointments have been turned into political footballs is an unfortunate example of how paralyzed Washington has become by hyper-partisanship.

But border communities are going to be well served by Mr. Aguilar and Mr. Winkowski. CBP shouldn’t miss a beat in this transition.

Nelson H. Balido is president of the Border Trade Alliance, a non-profit organization providing a forum for discussion and advocacy on issues pertaining to the environment, border development, quality of life and trade in the Americas.

At 10 year mark, Time to "Say Something" Constructive about DHS

Insecurity Over the Border

A Response to “The Case for Abolishing DHS”