This month, Israeli Prime Minister Benjamin Netanyahu visited Washington, DC, and with unwavering conviction told anyone who’d listen – from President Trump, to members of Congress, to millions of television viewers, and of course, to Israel’s American lobbying juggernaut, AIPAC – what ought to be done with Iran. 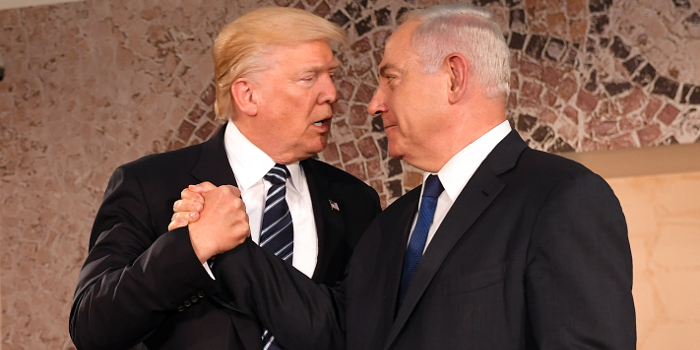 “We must stop Iran. We will stop Iran,” he said, noting that the remedy for the Iran deal, which he sees as fundamentally flawed is to “fully fix the Iran deal, or fully nix it.”

It’s a message that seems to resonate with President Trump. When he dumped his Secretary of State Rex Tillerson, one of Mr. Trump’s primary explanations for the move was: “When you look at the Iran deal, I thought it was terrible, he [Tillerson] thought it was okay.”

It seems that Mr. Netanyahu’s arguments for scuttling the Iran deal and starting a cycle of aggressive confrontation with the Iranian regime found a sympathetic ear in the White House and Congress, if not further afield in the United States. After all, many people in the United States, including, it seems, many members of the Trump administration, seem to think Mr. Netanyahu is an astute observer and analyst of geopolitical puzzles around the world in general, and in the Middle East, in particular.

Yet, before President Trump and the United States takes critical action, probably partially at least in response to Mr. Netanyahu’s urging, it may be worth their while examining similar historical precedents and their consequences.

On September 12, 2002, while a private citizen and following his first term (out of four so far) as Israel’s Prime Minister, Mr. Netanyahu testified in front of the House Government Reform Committee, where, with equal conviction, he advocated toppling the then-Iraqi dictator Saddam Hussein and promised a new Middle East in the aftermath of Saddam’s removal.

President Bush apparently heeded Mr. Netanyahu’s advice back then. We all know how that gambit ended: the United States deposed of Iraq’s dictator, Saddam Hussein, plunging the entire region into decades of bloody instability and at a cost of hundreds of thousands of lives. Removing Iraq’s position as a counter-balance to Iran’s ambitions allowed Iran’s Islamic regime to become what it is now – an awakening giant with grand regional and global designs.

Mr. Trump may also want to listen to his own analysis. Recently, he had some harsh words for one of his predecessors, President George W. Bush. According to news reports: “Trump Mocks George W. Bush, Calls Iraq Invasion ‘Single Worst Decision Ever Made.’”

President Trump, according to the same report, went on to sarcastically refer to former President Bush as a “real genius.” Mr. Trump may seriously consider the reasonable chance that by allowing Mr. Netanyahu’s persuasive arguments to hold sway once again, Mr. Trump himself may end up in the unenviable position of being labeled “a real genius” and for exactly the same reasons.

Forget About Direct Negotiations Between Israelis and Palestinians

Trump’s Travel Ban – How Not to Negotiate with Muslims

A Question for UN Ambassador Haley on Israel-Palestine Negotiations