He is the masked face of ISIS, his black-clad figure a harbinger of gruesome murder in a series of videos showing the execution of ISIS hostages. He goes by the alliterative, absurd moniker Jihadi John, but today, the world knows his real name: Mohammed Emwazi. 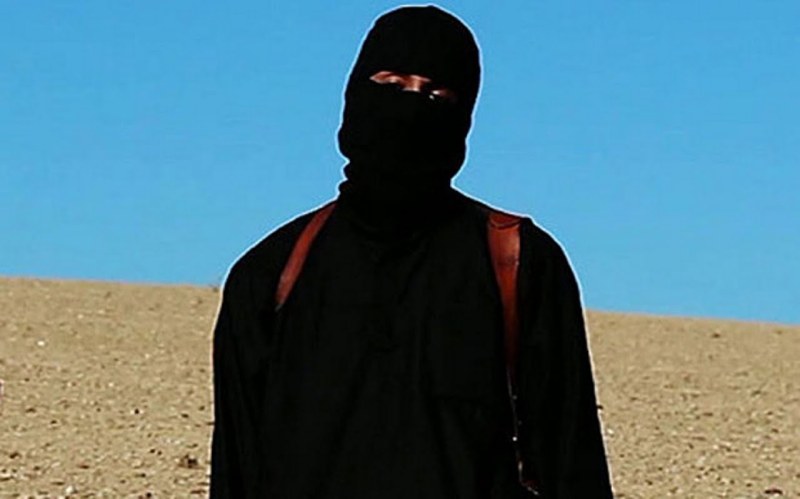 Emwazi is British, born in Kuwait. Purportedly in his mid-20s, he holds a degree in computer programming and hails from a middle class family. He had every opportunity to lead a virtuous life contributing to society. Instead, he chose a life of evil and destruction, desecrating the tenets of his supposed faith and betraying every ounce of his humanity. Now he is a dead man walking, though he’ll probably be walking for a while. The odds that military forces can find and kill him anytime soon are beyond remote, absent a really lucky day of coalition bombing.

Even as the Brits must be happy that they put a name to their regrettable ex-patriot, this revelation doesn’t change anything and ultimately doesn’t matter. Without doubt, if a coalition bullet passed through Emwazi’s skull, another of ISIS’ thousands of followers would put on the trademark ninja mask. Jihadi John is not “the world’s most wanted terrorist,” as some cable networks have dubbed him, because he is not one person. He is figurehead, a mascot. If you want to destroy a mascot, you have to eliminate the team. In other words, when we destroy ISIS, Jihadi John will go with them.

Rather than focus our national ire on Emwazi, we need to be looking to our country, our own communities. Why? Fact: There are terrorist recruiters on the ground in the United States.

ISIS’ social media recruitment campaigns have received a lot of attention, but what has not received attention is that face-to-face interaction remains a fundamental part of the recruitment process in the United States. My fellow Security Debrief contributor Erroll Southers and I have been conducting on-the-ground research in Minneapolis, Minn. We have met with members from throughout the Somali-American community, which historically has been a major target for foreign terrorist group recruitment. Let me be clear: the Americans I have spoken with are some of the most patriotic I have ever met. One of our interview subjects related a conversation she had with a group of women who were criticizing the United States, characterizing America as the enemy of Islam. The woman, who wears traditional clothing and hijab, responded by saying:

That sentiment is broadly shared throughout the Somali-American community. Indeed, most of the people with whom I have spoken have indicated an immense thankfulness and loyalty to the United States because this country was a refuge for them when war and famine decimated Somalia. That said, there are recruiters on the ground in Minneapolis. Who they are and where they are remain important questions, but the point is, the threat is here, not just over there. We have our own Jihadi Johns to worry about. But we also have something ISIS does not. We have liberty, and for 99.9% of the people in this country, that liberty will never be traded for anything, least of all a horrible lie that is ISIS’ ideology.

Emwazi and his evil ilk will be committing atrocities in the Middle East for some time. This fight is only beginning. Naming Emwazi may make us feel like the coalition has achieved something, but if we are serious about defeating ISIS (and there is some question as to whether we are), let’s stop patting ourselves on the back for things that ultimately will not contribute to ISIS’ defeat.

Islam and the West – Where Do We Go From Here?