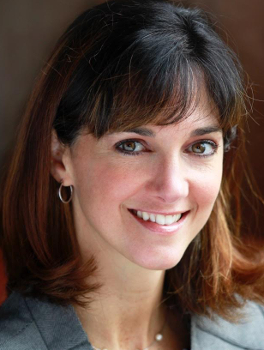 One of the problems with not having a coherent national security strategy is that when something comes up like the San Bernardino shootings, our national leaders grab for the nearest tool available. That can lead us into even more danger than what we were trying to stop in the first place. Such is the case with the recently introduced Feinstein-Burr bill to force encryption providers to maintain backdoors in case the government shows up with a court order. It is bad for the government itself, the private sector and the public.

From the government perspective, the Feinstein-Burr bill is both unnecessary and harmful to our strategic interests. For all the power that the bill gives to the government, there is very little real-world upside. Agencies like the NSA have plenty of cryptologic horsepower to meet our cyber needs and if FBI forensic investigators need help, they should use existing capabilities, authorities – and protections — to get it. The downside of a mandated universal backdoor is calamitous. The last thing we want is for our national security advantage in cyber power to be lost because our own government – by statute — makes everything encrypted in the United States open for hackers.

This bill will also put American private sector innovation and companies at risk by making their products less secure and less private than products provided by other countries. At a time where we are looking to grow jobs in the face of competition from emerging technology centers around the world, we don’t need the US government holding entrepreneurship and innovation back for illusory gains claimed by politicians reacting to news events.

And for the public at large, this is bad news. A backdoor key to every piece of electronics Americans use to take pictures of their kids, explore the internet and guide their cars is not something we want to provide to any government agency with a court order. Trusting that they can keep that key safe given the lack of concern for security already shown to protecting government emails, personnel files and diplomatic communications is a risk we do not want to take.

Constitutional protections that are adhered to at all times in every way, even when we are under attack, are part of America’s vital national security interests. That is what we are fighting to defend. We can combat ISIS with offensive cyber tools and defeat them on every battlefield, virtual and otherwise. We just cannot lose focus on the fact that our tactics must reflect a strategy defined by national interests. Congress should get on the administration to produce a coherent strategy against terrorism, not grasp for easy fixes that do more harm than good.

Casey Lucius, who served as a former Professor of National Security at the Naval War College and ran an intelligence unit on The USS Stennis in the Persian Gulf during her active duty in the Navy, is a candidate for Congress in California District 20.

Welcome to the (Internet) Balkans