People are flying like never before, with passengers moving in record numbers through airport terminals across the country.

That’s good news for the airline and tourism industry but not for the travelers who endure longer and longer wait times at airport screening checkpoints, most of which are run by the federal Transportation Security Administration (TSA).

It’s no surprise that passengers are not happy about taking off their shoes and belts and then frequently standing in serpentine queues that can rival those of an amusement park.
But their frustration is growing, particularly as lines in some major airports have exceeded 90 minutes — and that’s before the busy summer travel and vacation season hits.

The industry trade group, Airlines for America, has tapped into the discontent and has launched a website called iHateTheWait.com. The idea is to encourage travelers to post photos of long lines on Twitter and Instagram with the hashtag #iHateTheWait – but with the caveat not to show pictures of TSA screening officers for privacy and security reasons.

The solution for long lines was supposed to be the PreCheck program, which allows passengers to go through express lines after successfully completing a TSA approval process.

Now consider this: a record 895.5 million people flew in the United States last year, breaking the record set in 2014 by 5%, according to the U.S. Department of Transportation. Air travel is expected to go up another 3% this year, experts predict.

Obviously, something needs to change.

TSA officials say they intend to hire close to 800 additional officers, in part to replace staff reductions during recent years. The agency also plans to use more bomb-sniffing dogs.

But that’s not enough.

TSA needs to innovate and think outside the confines of the existing PreCheck program. Agency leaders must recognize that PreCheck was designed as only one aspect of an overall program known as the Risk-Based Security Program.

Here’s some ideas that could work, maybe not at all airports, but certainly at many of them:

TSA Precheck, along with CBP’s Global Entry, are two of the most innovative and creative programs that our government has offered. They enhance the safety and security of the traveling public, while improving the quality of the passenger screening experience. It is now time for TSA to take a step back and realize that PreCheck is only one part of the overall risk-based security effort….then take a step forward by examining and moving with other forms of risk-based security. 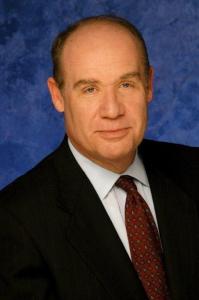 Chris Schmidt is an accomplished senior business executive with extensive experience in governmental, transportation and media industries. During his more than 35 year career, Mr. Schmidt has served as Senior Advisor to the Deputy Administrator of the Transportation Security Administration, as Chief of Staff to the Orange County, Fla., Mayor, as news director and general manager at three television stations, and as the head of operations at Orlando International Airport (MCO).

Running the Numbers on TSA Pre-Check and Courtesy Complaints