Since roughly half of the federal budget assigned to the homeland security mission is allocated to agencies outside the Department of Homeland Security (DHS), it would be a mistake to look at DHS only when thinking about protection and response to terrorist-directed or inspired activity. One agency that has a significant homeland protection mission is the Department of Energy (DOE), particularly the DOE labs that work on national security and homeland security problems. Yet, despite the importance of its mission, DOE is not well known to the homeland security community. I believe that is because DOE is an enigma.

It is named for its research, development, production, and regulatory mission related to energy. However, it remains an institution dominated by defense funding targeted at nuclear stockpile stewardship and management. Further, the DOE assets called “the national laboratories” are research and development engines that spend tens of billions of dollars addressing energy technology, cybersecurity issues (including SCADA software), and nuclear defense deterrence, detection, assurance and safety/reliability. Activities at these laboratories are roughly divided between “science” and “national security” missions. In addition, DOE manages huge waste management operations addressing radioactive, mixed radioactive and nuclear reactor spent fuels. Previous and current sites and facilities used by DOE are being remediated to one or another set of criteria for release to the public or for reuse in the federal efforts addressing research, scale-up and testing.

As we enter the next administration, one very differently focused from its predecessors, it is worth considering the scope, value and complexity of DOE’s missions. In my opinion, it is totally appropriate to deliberately but immediately address each of the four major missions of DOE: energy research and development; national security (especially the nuclear stockpile); the national laboratories; and radioactive waste management/remediation. To do less will result in a range of “decision made by making no decision” ongoing but fragmented programs and will possibly allow the diversion of critical resources from national security efforts to reinforce existing energy technologies, either alternative or fossil.

We could decrease the rate of site cleanups to “save money.” We could continue to refrain from addressing the national mission of spent fuel storage and high-level waste repository for which we have started/stopped so many times in Yucca Mountain, near Las Vegas, but at what long-term cost? The following is offered as critical issues to address in these opportunistic times.

Regardless of whether one believes humans are responsible for climate change, the climate is changing. And whether one believes that the changes are long-term or more imminent, changes affecting the operations of nuclear facilities in Norfolk shipyards can be seen currently. The land is sinking at the same time as the sea is rising. I suggest we look more at the patterns of climate change, the increasing frequency of storms and extreme events, and the changing patterns of precipitation, and use our research investments to address preparedness. In this regard, we could evaluate the research, the scale-up and the production of energy technologies in a manner similar to emergency planning. What will give us the best resilience in the face of electromagnetic pulse (EMP) events? How do we continue essential power to facilities such as hospitals, nursing homes? Why are we not emphasizing community or city-level energy resilience, even if that means using combinations of technologies ranging from batteries to peak/emergency power to alternative sewage treatment or emergency clinics? We should be focusing on our preparedness for change, not on the “winner” energy technology. One “technology” will not fit all!

The reality is that there is an intellectual elite in this field. We know we are not recruiting enough young people with these scientific and engineering skills to sustain the workforce. In addition, the skills of many “fissile-materials workers” are better mentor-trained than taught in classrooms; many of these are hands-on, demonstrated skills, which are as much crafts as science-based.

There is a longstanding and appropriate civilian-control reason that the design and assembly of nuclear weapons (at DOE) is separated from weapon deployment/use (at DoD). The Atomic Energy Act, as amended in 1954, is as timely today as the U.S. Constitution. The nuclear stockpile management includes all the measures we currently take to assure those warheads deployed are safe, secure and reliable. We still must maintain a predictable stream of materials that degrade in shorter timeframes, such as tritium. We have to decide between buying and producing some of these materials.

These are not simple economic tradeoffs. Stewardship of the nuclear stockpile is itself complex, including a range of activities from improved design and more reliable processes/components to how to test to assure safety, effectiveness, and reliability. We have increasingly substituted theoretical and algorithm testing for belowground testing. We have increasingly used non-critical assemblies to increase our understanding of criticality. We have, as a nation, shied away from investing in new nuclear weapons designs. Stewardship also requires us to track and control unique and long-lasting radioactive materials, which are hazardous to humans and other organisms, such as Plutonium 238.

Can we improve our DOE facilities by minimizing the redundancy across facilities, concentrating all programs addressing tritium (e.g., the NNSA activities) at the Savannah River Site rather than dividing these between Savannah River and Los Alamos? Is there an increased security risk? One of the ongoing issues in DOE defense facilities is their lack of maintenance, both preventive and corrective. Can we redirect resources to solve this problem, or will the political will of the community losing resources continue to win the battle over effectiveness and efficiency?

I am a product of this process, doing my PhD research at Oak Ridge National Laboratory, and have benefited both in terms of research and international visibility that has served me for 40 years. The return on investment from these incubators of research and engineering is very high to the resulting educated professionals, to the participating universities, and to the government missions (both civil service and contractor workforces). I am a total advocate for the national laboratory system; however, there are some changes that could be analyzed to benefit the United States. We dilute the assets/resources we spend by allowing EPA, DoD and others to create and maintain overlapping and often redundant facilities/staff with the National Laboratories. Not all of these facilities fall into that category. Certainly, some of the Army Corps of Engineers laboratories uniquely address military support needs/warfighter changing requirements.

Within DOE, there is a tendency for all national laboratories to be self-sufficient and extremely broadly based in terms of research focus. It might be more advantageous to have fewer national laboratories, to have only one or two so broadly based, and to have the concept of “lead lab” in areas such as high performance computation implemented at existing but targeted national laboratories. There are litanies of assessments of the national laboratories and their benefits/problems in the last 20-25 years. I have been involved in several at the laboratory and national levels. They are difficult to reduce from platitude to action locally. People become invested in the communities in which they do their graduate and postgraduate studies. Often, the specialties are unique enough that the competitors for that talent are limited to other national labs. Individuals making career decisions between laboratories take into consideration the environment and the lifestyle attributes. Worker retention is often long term at the Labs. Trying to centralize some missions in the face of workers committed to a specific community is not easy.

There is a legacy of waste that results largely from the DOE defense efforts, although nuclear energy facilities contribute. The Waste Isolation Pilot Plant (WIPP) performed well until the failure to identify and mitigate the hazards associated with a fire in the underground. This included the failure to recognize and remove combustible materials and the decision to deactivate the automatic onboard fire suppression on pieces of underground equipment. Since that February 2014 accident, DOE has followed their conservative and expensive process for restart.

We ought to take the word “pilot” off the facility and manage it for the long term for TRU (transuranic) waste ultimate disposal. The Yucca Mountain site remains the economically viable option for a national high-level waste disposal site. Do we continue to allow one state to essentially veto a decision important for the entire nation? If the Europeans had made a similar decision, the costs of nuclear power overseas would be the problem that it is in the United States. I am an ecologist but can defend the use of nuclear power as a necessary method of power production, with a smaller carbon footprint than fossil energies. Australia has gone on record that climate change can only be addressed by adding nuclear power to the energy production equations, worldwide.

Finally, remediation should be risk based. Some 20 years ago, a former DOE manager attempted to do cleanup as a risk-based solution to balance risk/cost. However, every state has its own regulations. Proving that mitigation, monitoring or both are sufficient to satisfy state regulations flies in the face of sustaining state agency funding and state contractor funding by DOE. Are we balancing risk and cost?

DOE’s missions are broad and complex, but they provide a rich resource to address many of the challenges we will face in the coming years. In response to the needs of our country, DOE can:

At this point, the new administration has another opportunity to reflect on DOE’s mission. In doing so, I hope both the transition team and the new DOE appointees address the DOE enigma. 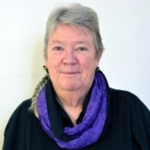 Beverly Ausmus Ramsey completed her PhD at the University of Tennessee/Oak Ridge National Laboratory in 1973. She has continually been a researcher and project manager, working acrosss all aspects of DOE’s mission, from energy research to defense safety, facilities management and waste management/site remediation throughout the Complex.

In Fight Against ISIS and AQ, What Does Success Look Like?