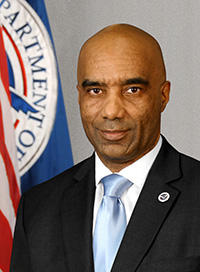 He began his career with the Federal Air Marshal Service in 1998, when he joined the program while it was part of the Federal Aviation Administration’s Civil Aviation Security Program. Subsequently, he served as a criminal investigator with the Office of the Inspector General, U.S. Postal Service.

Following the events of September 11, 2001, Allison rejoined the Federal Air Marshal Service in 2002 as an assistant to the special agent in charge in the Washington field office. Since that time, he has served in several leadership capacities within TSA and the Office of Law Enforcement/Federal Air Marshal Service, including: Executive Advisor to the Director, Supervisory Air Marshal in Charge, Field Operations Division, and Supervisory Air Marshal in Charge of the Washington field office.

TSA, the FAMS, and the nation are sorry to see him go, but we are nevertheless grateful for his more than three decades of service to the country.