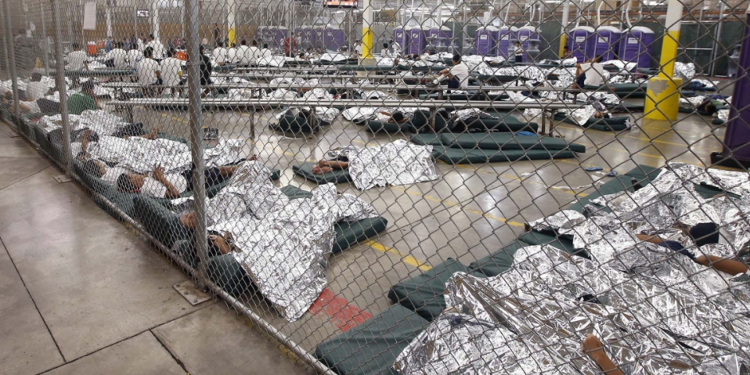 Update: Not long after this post was published, the Associated Press reported that DHS Secretary Nielsen is drafting an executive action for Trump that would stop the separation of families arrested after crossing the border. Tick-tock, Madam. We all know how slowly time passes for children.

Update 2: On June 20, President Trump signed an executive order ending the policy of separating families at the border. It will likely bring legal challenges, should any child be detained longer than 20 days. These are complex matters, and Congress has an important role. But at least more children won’t be put in cages while Washington sorts this out.

Here is a simple fact: laws and policies are not the same things. Laws are crafted by Congress, and policies are set by administrations. Amid the ongoing national uproar over the Trump Administration’s policy to separate families that entered the country illegally, we seem to be conflating policy with law. Homeland Security Secretary Kirstjen Nielsen knows this, and it’s incensing to see her playing along with the administration’s shell game of moral responsibility.

On Tuesday evening in Washington, DC, Nielsen was having a quiet dinner at MXDC Cocina Mexicana, a Mexican restaurant about a block from the White House. As has been widely reported, a group of protestors confronted the Secretary, decrying the Trump Administration’s policy to separate children from parents.

All of this was relayed via Twitter by DHS spokesman Tyler Houlton, who then added:

“.@SecNielsen encourages all – including this group – who want to see an immigration system that works, contributes to our economy, protects our security, & reflects our values reach out to Members & seek their support to close immigration loopholes that made our system a mess.”

U.S. immigration law does require that anyone who enters the United States illegally be arrested and carried through the legal system, ending in a court decision about whether the individual has claim to remain in the country. That’s the law; been on the books for years.

That law is not leading to disgusting images of groups of children held in what are tough to describe as anything other than cages. Policy is doing that, one that is easily found on the DHS website, reading in part:

Given that, it was bizarre to see the Secretary tweet earlier this month, “We do not have a policy of separating families at the border. Period.” 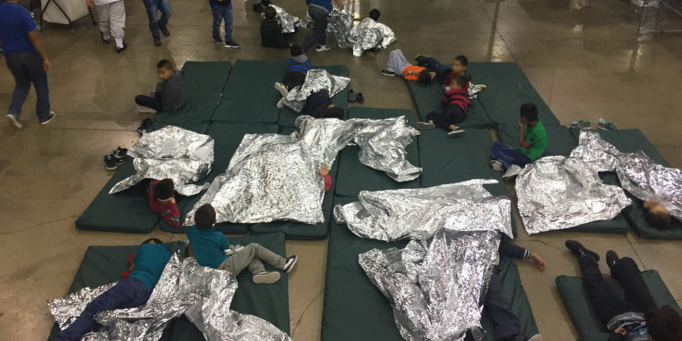 Nielsen is technically correct in saying there is no policy to separate families at the border. Instead, the policy directs the Department to separate families after they’ve been arrested and transported to a detention facility. So if they weren’t being arrested, the policy would not kick in, therefore, the onus is on Congress to act. Doublespeak at its terrible finest, the same doublespeak spewed by the DHS spokesman over Twitter after Nielsen didn’t get to finish her dinner.

The strategy with this policy, if there is one, appears to be two-fold. First, the Trump Administration (like the Obama Administration before it) wants to send a message to Central American migrants that illegally entering the United States brings consequences that supposedly exceed the violence in their home country. After years of this approach, I don’t think it’s working. (Note: It is curious that this inhumane policy garnered very little media attention during the Obama era. It’s fair to chalk that up to media bias.)

The other half of the administration’s evolving strategy seems to be making the current situation so untenable, so outrageous that it forces Congress to the bargaining table. Or put another way, Trump is holding kids in a hostage-like limbo until legislators pay up in the form of an immigration bill—a bill that includes funding for Trump’s long-promised border wall, one presumes.

Nielsen is playing along on both counts. That’s more than unfortunate for the leader of a department that aspires to ensure safety and security. This writer reckons the children held in an abandoned Wal-Mart feel neither safe nor secure. In fact, the word “terrorized” comes to mind. The Secretary cannot (with any integrity) simultaneously lead a department to protect the nation while also burying child suffering in semantics and blame-shifting.

Ben Shapiro argued in The National Review that this issue really is a matter of law, that Congress is on the hook, and that media outlets are being manipulative in their emotion-laden coverage. (I agree with the last point, though they’re manipulating for ratings and ad revenue, less so for political influence.) Shapiro wrote:

“The Ninth Circuit Court of Appeals has ruled that even accompanied immigrant minors must be released from custody within 20 days. That means that if their parents do not arrive at a point of entry to claim asylum, and instead violate the law by crossing the border illegally, they will be arrested — and their children must then be separated from them by the working of the law. The only possible solution, without a change to the law itself, would involve releasing illegal-immigrant parents along with their children into the general population.”

Shapiro also took the opportunity to remind the reader that this started during Obama’s tenure, which, while historically relevant, has no bearing on how we address the current issue of kids in cages today, during this administration. There is no reasonable argument in which everyone but Congress can throw up their hands and say, “Hey, what do you want me to do?”

The President can change policy. And Nielsen can stop regurgitating excuses that should be beneath her and the department she leads. To be sure, Trump is the president and has the power to set policy. And Nielsen is among Trump’s cabinet, which has the task of implementing the administration’s policy. But Nielsen is not obligated to help spin this ridiculous narrative that congressional action is the only thing standing between caged children and a measure of basic humanity. That’s a matter of policy, and the buck stops in the White House, not on Capitol Hill.