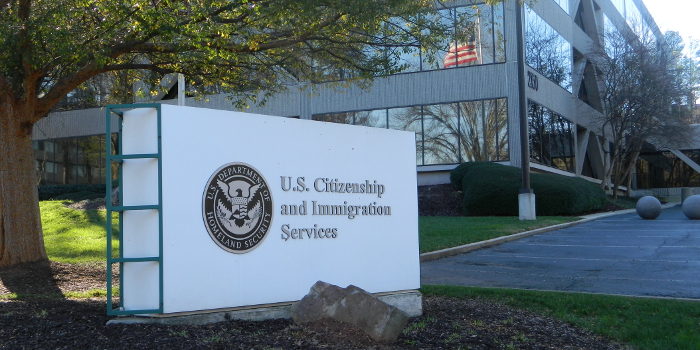 Processing times are exceedingly long at U.S. Citizenship and Immigration Services (USCIS), and there needs to be a way to shorten them. While people may know that Customs and Border Protection maintains a wait-times website for those entering the United States and the Transportation Security Administration posts wait-times for airport screening, many do not know that USCIS maintains a processing time website as well. The processing times are related to the forms for citizenship, residency, and various kinds of authorization to live and work in the United States. If more people became aware of these data, USCIS may become more accountable to their customers.

The USCIS processing times website shows that it can take more than a year to process an application. Chief of the USCIS Office of Performance and Quality Joseph Moore said that for each type of application or petition, they have established a processing time goal. Moore explained that USCIS strives to process cases in the order in which they are received but some cases are completed out of sequence due to issues like the need for the applicant to submit more evidence. Such delays from the customer cause a case to be removed from the adjudication processing line and placed into a category referred to as “active suspense.” These suspended cases awaiting applicant action are not factored into the processing time calculations. Regardless, it should not take more than a year to process an application.

USCIS seems to realize they have a problem. They have been testing a new method to calculate processing times for Forms I-90, I-485, I-751, and N-400. They state that with this method, they can post processing times that are more accurate, timely, and easier to understand. To gain an understanding of this, I extracted the current processing times for N-400s, which are Applications for Naturalization. The lower number in the table below shows the time it takes to complete 50% of cases (the median). The higher number is the time it takes to complete 93% of cases. The table shows that the medians can be as short as 8.5 months and as long as 13.5 months. In one case, New York City, the median is 8.5 months, but it can take almost three times as long (22 months) to complete 93% of the cases.

USCIS has another challenge and that is to reduce the variance of its numbers. A high variance indicates that the data points are very spread out from the mean and from one another. A city with a consistent record whose factors have not changed significantly can be categorized as having a low variance. A low variance is more predictable, meaning that the estimate being provided is more likely to be repeated in the “near-term” future. A city with an inconsistent record for which critical factors related to performance have changed significantly can be categorized as high variance. A high variance city means that there is a greater likelihood that they will do much better or much worse than might be guessed from what was seen before.

Trump Travel Ban Could Have an Economic Impact