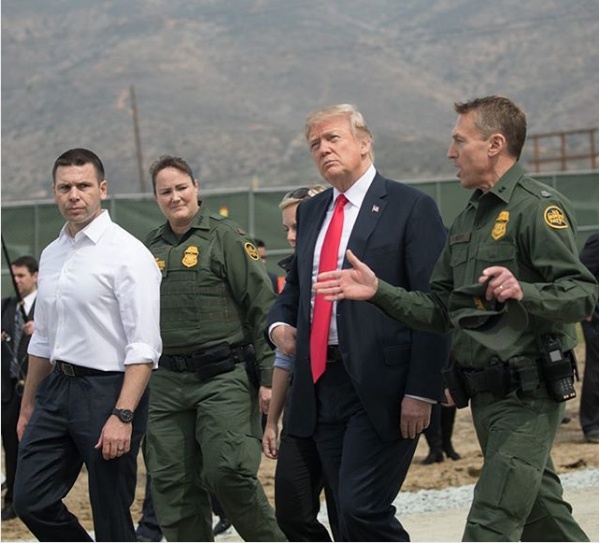 President Trump’s obsession with building a $5.7 billion wall on America’s southern border is antithetical to the heart of effective homeland security; that is, risk-based decision making. Even as some in the administration have framed “The Wall” as a deterrent and a security layer that gives Border Patrol more time to respond, the President clearly views his beloved wall as a 100% security solution.

Mr. President, total security doesn’t exist. It is arguably one of the most important conclusions of the last two decades in homeland security research and practice. There is no such thing as a 100% solution that stops all threats—not in our airports, not in our cyber readiness, not in counterterrorism and definitely not on the southern border. Chasing a 100% metric with limited resources guarantees some security threats will not be addressed to the degree they need to be.

On January 6, the President tweeted:

“The only reason they do not want to build a Wall is that Walls Work! 99% of our illegal Border crossings will end, crime in our Country will go way down and we will save billions of dollars a year!”

“Days after the fence went up along the border near McAllen, border agents there realized the smugglers’ answer to the barrier: ladders. Agents began collecting the 19-foot ladders — some wooden and homemade, others construction-grade aluminum — propped up against the 18-foot fence…So many ladders piled up in their station that supervisors told the agents to stop bringing them in.”

Now, this is ripe for a semantic argument (fence vs. Wall), but it is not ripe for a homeland security argument. It is a perfect example of the asymmetric challenge inherent in many threats to our national security. We can spend $5 billion on a wall, and those seeking to enter the United States illegally (migrants and smugglers alike) can defeat our $5 billion with some discarded wooden pallets and a fistful of nails. For America’s part, that is not money well spent.

Recognizing that, despite arguments to the contrary, walls are not the total security solution the president believes them to be, the smart homeland security approach is to take a risk-based view of all the threats facing the nation. Identify the threats, measure the risk and use that measure to allocate resources. Arguing over a wall is not risk-based thinking, and this is where the president’s refusal to negotiate the reopening of the government in the name of national security becomes laughably and terribly ironic.

This shutdown is actually harming our homeland security—and not in some hypothetical, fake-newsy type way. Examples:

On Monday, Jan. 7, Martin Elam, the deputy federal security director overseeing five California airports, sent an internal memo reading in part, “Due to excessive unscheduled absences recently experienced at PSP (Palm Springs International airport) that has adversely impacted security operations, if you have an unscheduled absence, you will NOT be placed in an intermittent furlough status.” (Emphasis added.)

This is rather odd as TSA said in a statement on Jan. 9, “There has been no degradation in security effectiveness and average wait times are well within TSA standards.”

So how about the Air Line Pilots Association’s Jan. 2 letter to the President:

“The nation’s airspace system is a complex transportation network that involves government and industry partnerships to function properly, and the disruptions being caused by the shutdown are threatening the safe operations of this network… When any of [DOT and DHS] responsibilities are placed on pause due to a shutdown there are safety, security and efficiency gaps that immediately emerge.”

The aviation security impact goes on. What about elsewhere in our homeland security efforts?

The DHS Office of Academic Engagement (OAE) recently released Exercise Starter Kits for the K-12 community focused on an active shooter incident as part of the Campus Resilience (CR) Program. We know active shooters are a regular threat to public safety; DHS is responding with tools to help schools and communities. Want to get your hands on these kits? At least for now, you can’t. Anecdotes to this writer reveal that because OAE is apparently furloughed, the vulnerable, interested public is not even receiving an e-mail response when asking for the ESKs.

Let’s take cybersecurity. DHS folks were planning to attend the 2019 Cybersecurity and Innovation Showcase, which is an essential opportunity for the public and private sectors to forge new relationships and spark new ideas that can advance America’s cyber posture in critical infrastructure and elsewhere. You can guess what happened. “Due to the ongoing lapse in appropriations,” the event was cancelled, with S&T noting they “hope” to reschedule when the government reopens.

The cybersecurity showcase example leads to a broader, more troubling consequence: long-term impact on the homeland security workforce. DHS already ranks last in the annual “Best Places to Work in the Federal Government” survey. Delaying paychecks and furloughing professionals who have serious work to do is not a good way to retain public servants and attract new talent. The U.S. cyber workforce, for example, is already small, as the Federal government struggles to lure skilled computer scientists from the high-paying tech sector. Consider that recruiting message: You could work at Google or Facebook and make hundreds of thousands of dollars a year, or you could come work for Uncle Sam and we’ll usually, probably, pay you, and not much.

This list of immediate and long-term consequences could be far longer. Indeed, one could tick through every DHS component, including Customs and Border Protection, and find examples of how the government shutdown is harming homeland security. Border security is important, to be sure, but that’s not the only thing that’s important. Let’s hope the shutdown ends and our homeland security apparatus returns to full risk-based force before something terrible happens north of the border.

For U.S. Infrastructure, Flint was the Beginning, DC Metro is Act Two