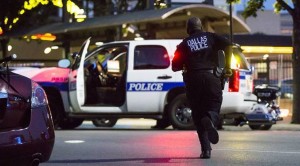 The horrific tragedy that was the murder of five Dallas police officers will be remembered for many reasons. From a tactical response perspective, it was groundbreaking in the use of robotics to kill an assailant, reportedly the first documented case of a robot being used in such a manner. Faced with a gunman who had no desire to surrender and who threatened to continue killing, the Dallas Police Department deployed a bomb-disposing robot to deliver an explosive into the area where the gunman was holed up and. The detonation killed him.

While killer robots have dominated science fiction for years, the thought of one as part of your local police force is something most people would not anticipate or expect. But through dramatic advancements in technology, lessons learned from battlefield deployments, and increasingly dropping costs, robotics have become a new and accessible tool for a range of first responders. To date, most of these machines have been used by bomb squads and fire rescue teams to go into areas that were deemed too hazardous to deploy personnel. The difference in Dallas was that the robot was not used as a reconnaissance tool but instead, a deadly weapon.

Technology and innovation have long impacted industries, and the way we live our lives, and the way we fight wars. Over the past decade, we’ve seen how the use of armed drones has changed warfare and increased debate along with it. Instead of putting pilots in harm’s way, drones can be operated continents away. There are more than enough case studies and judicial rulings about how these tools are used, and no doubt the use of robotics to take down violent individuals will add new chapters, particularly as artificial intelligence begins to merge with these systems and is able to make decisions.

Yet, here is where the debate needs to be grounded in facts rather than fictions and fear mongering. While these machines may render an action, a human is always making the decision to send it into that area and execute the command it has been given. In the case of the Dallas police shootings, the Chief and on-scene commanding officer could have given the order to send his trained units into the parking garage to try and stop the shooter. But when it became clear that the shooter only wanted to keep the killing spree going, and there were no obvious hostages or other personnel with him, they made an unprecedented call that is going to spark a new debate about the methods and means of law enforcement.

The phrase “by any means necessary comes to mind” when looking over the details of this case. The shooter certainly lived and acted by those means in what he did in downtown Dallas. He also declared his willingness to keep on doing it. Faced with that type of individual, and not wanting to add any more death and injury numbers to an already seriously wounded force, the Dallas PD thought creatively and tactfully in how to end the situation swiftly and as safely as possible. In this case, it was a “by any means necessary” scenario and in this case it worked and was justified.

Now, if the Dallas gunman had had hostages with him or other personnel were harmed or killed when the robot delivered the bomb, this debate on mechanized killing would be skyrocketing. But because only the bad guy was taken out by the newest means necessary, no one is clamoring in grief. Yet, debate about the newest means of disruptive technology to protect the population has a new chapter to be written because of the tragedy in Dallas. Ethicists are already weighing in on all sides of this issue, and it is a national debate we need to have.

In the age of the disruptor, the conventional definitions and scenarios we’ve long relied upon no longer apply. We need to discuss these changes honestly and frankly but never forget that humanity, with all of its imperfections, is still the ultimate decision maker in scenarios like we’ve seen over the past week. And as long as our humanity is in that discussion, “any means necessary” is going to evolve right alongside the debate.

No Lives Matter to Violent Extremists